You can use the Glossary tool to add glossary terms to your webbook, or to generate a full glossary list for all formats. Read on to learn more about:

Glossary terms are underlined in your Pressbooks webbook, and display the term definition in a tooltip when clicked.

Users can click the term again or press the esc (escape) key on their keyboard to close the tooltip. The tooltip will also close if the user clicks another glossary term on the page. 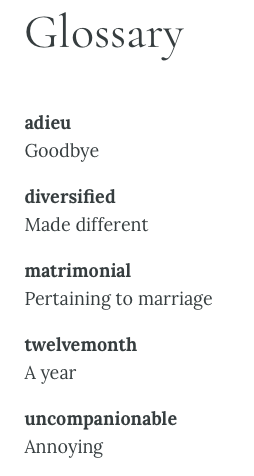 NOTE: To add bold formatting to a glossary term, you must format the entire shortcode and not just the term itself in order for the tooltip function to work.

Read on for more details about how to use these features.

There are two methods to creating a glossary term. You can either create your terms on the Glossary Terms page before you place them in your book, or you can create the terms directly from inside the content editor of your chapter, front matter, or back matter.

To create a term:

The shortcode is visible in the visual editor, but is displayed as a functional tooltip in your webbook.

NOTE: Glossary terms inserted with this method will show in glossary lists by default. To remove the term from the full glossary list:

1. Go to Organize > Glossary Terms
2. Select the term to access the “Edit Glossary Term” page
3. In the “Status & Visibility” menu, deselect “Show in Glossary Lists”
4. Save your changes

To create a term:

After the term has been created, it can be placed in the content editor. Follow these steps: 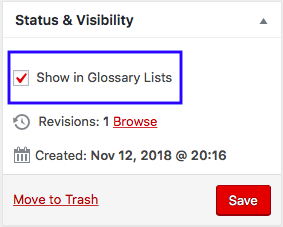 You can see a list of all terms and their listed or unlisted status by going to Organize > Glossary Terms from the left sidebar menu of your Pressbooks dashboard. 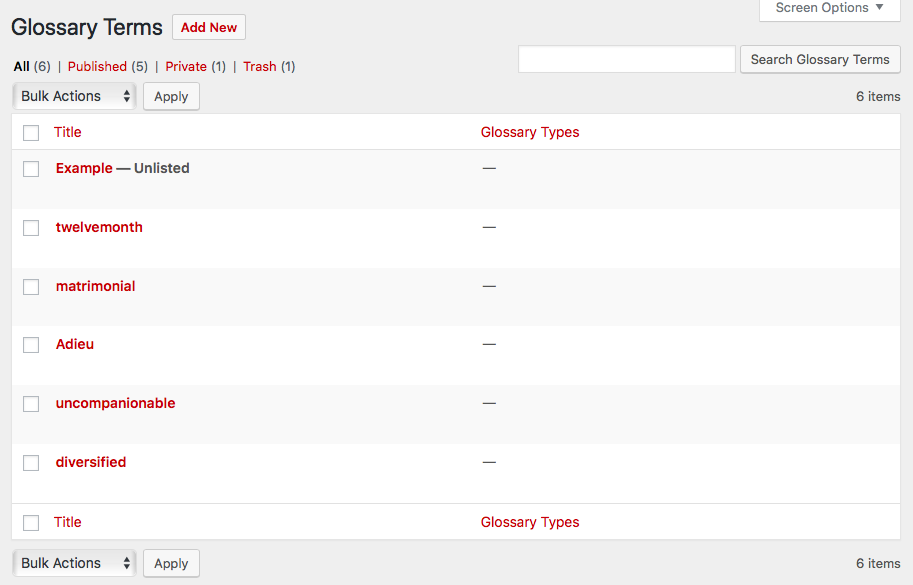 The glossary list will be generated and displayed in all supported export formats, as well as the webbook. 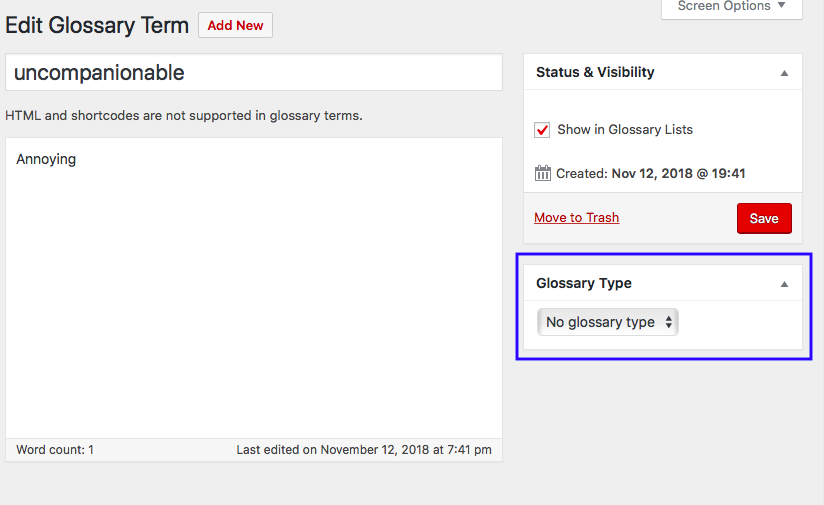 Pressbooks does not support different Glossary Types at this time, and we recommend leaving this menu set to “No glossary type.” However, this functionality may be expanded in future versions of the Glossary tool.